Pharmacy Technician and Pharmacist of the Year Honors 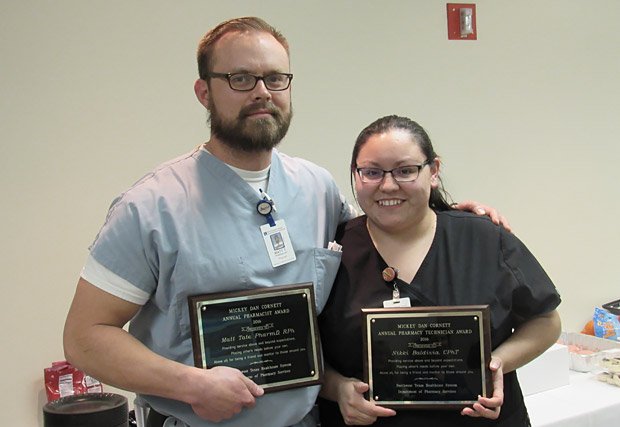 Amarillo, Texas – Northwest Texas Healthcare System’s Department of Pharmacy recognizes one pharmacy technician and one pharmacist with the Mickey Dan Cornett Pharmacy Technician and Pharmacist of the Year awards each year. This honor was created in memory of Mickey Dan Cornett, a long-term staff pharmacist at Northwest, fondly remembered for his contributions to the pharmacy department. The award reads, “Mickey gave unconditionally to his family, friends, church and profession. May we strive to reach his high standards and follow his example of putting other’s feelings and needs before our own.” The honorees are selected among nominations submitted by their peers.

The Pharmacist of the Year for 2016 is Matt Tate, PharmD, RPh. Matt began his career at Northwest as a pharmacy technician in 2006. Matt graduated in 2013 from Texas Tech University Health Sciences Center School of Pharmacy and has worked as a pharmacist in Adult Critical Care Services since then.