A Happy Ending After a Stroke 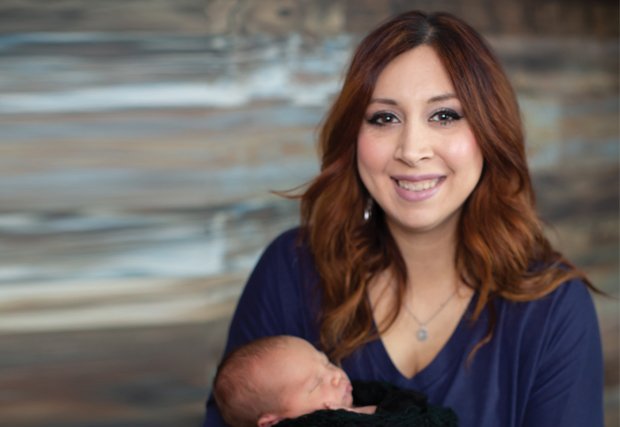 At age 33, Jennifer Jackson was in the 37th week of her second pregnancy and everything was going well. Then, things suddenly changed.

“I just felt uncomfortable. It’s hard to explain,” she says. At first, she thought it might be her body reacting to her new routine because she’d just stopped working. But then she started to feel worse, so she called her parents to come to her house and be with her and her five-year-old daughter.

After her parents arrived, she began coughing really hard, and her condition went quickly downhill. “My mom said I walked from one couch to another and sat down and just started mumbling. I don’t remember.” She began drooling, the left side of her face was droopy, and she couldn’t lift her left side.

She was taken to Northwest Texas Healthcare System. “They told me I had an ischemic stroke,” she remembers. This is the most common kind of stroke* and happens when there is a blockage in a blood vessel going to the brain. “I was terrified,” she says.

With prompt, specialized care, she made a complete recovery, and her pregnancy remained healthy. “They made sure we had the best care and made us feel comfortable,” Jackson remembers of her emergency team. “I was really impressed.”

She stayed in the hospital, where the staff closely monitored her and her baby while she waited to have her scheduled C-section about two weeks later. She was worried about having the procedure so close to the stroke, but she tried to stay strong for her family. “It was nerve-racking,” she says. “I know God was looking over me.”

Reassured by everyone at Northwest, she gave birth to a healthy baby boy, Cole, and says her experience was amazing. Today, the whole family is doing great. Cole is at the top of the growth charts, and mom is back to her busy life, with no deficit from the stroke. “They were all so caring,” she says of the team that helped save her and her baby. “I had trust in everybody.”

BE FAST and Save a Life

If you or someone near you may be having a stroke, call 9-1-1 right away. The quicker you call for help, the sooner medical treatment can begin. Use the acronym BE FAST to quickly identify possible strokes:

B = BALANCE
Does the person have a sudden loss of balance or coordination?
E = EYES
Has the person lost vision in one or both eyes or have they had sudden double vision?
F = FACE
Ask the person to smile. Does one side of the face droop?
A = ARMS
Ask the person to raise both arms. Does one arm drift downward?
S = SPEECH
Ask the person to repeat a simple phrase. Is it slurred or strange?
T = TIME
Time is critical! If you see any of these signs, call 9-1-1 immediately.