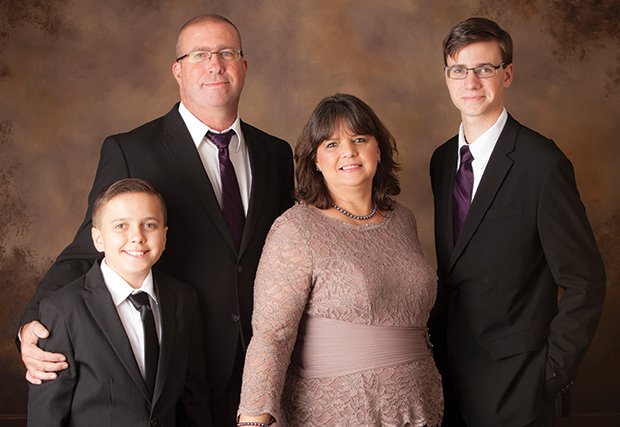 Snoring, restlessness, waking up multiple times in the night – all these issues were affecting Steven Spears’ ability to get a good night’s sleep, and they were disrupting his wife, too. “I needed to do something,” he says, mentioning that his lack of sleep left him feeling constantly exhausted.

CPAP Therapy Tailored Just for Him

He’d been diagnosed years ago with obstructive sleep apnea, which occurs when the throat muscles relax during sleep, blocking the airway and causing repeated stops and starts in breathing. He tried using a CPAP machine to help manage his condition but found it cumbersome and stopped using it. After meeting with his doctor this time, they decided it was time to try CPAP again to address the recurring problem he was having.

As part of his treatment, he participated in an overnight study at Northwest’s Sleep Disorders Center, where the staff could monitor his sleep patterns in real time and customize the settings on his CPAP machine. “We can make adjustments as the night goes on and know by the end of the morning that we fixed the problem,” explains Missy Mitchell, RRT-SDS, RCP, manager of the center. Spears recalls that it felt a little strange to be hooked up to the monitoring equipment, but the staff and restful atmosphere put him at ease. “They did a very good job of making me feel comfortable and explaining everything,” he says.

Learn more about the Sleep Disorders Center at NWTHS >

After completing the study and starting therapy with his new CPAP equipment, his sleep improved. One of the best things is being able to spend time with his family without feeling tired all the time. “If my 12-year-old wants to go out and play basketball, I’ll go because I feel so much better,” he says. Also, before treatment, he had trouble getting his legs comfortable while sleeping because of restless legs syndrome. That problem also got better.

Since then, he went on a diet and says that losing weight helped relieve his sleep problems. After consulting with his doctor, he stopped using CPAP. Still, he’s thankful for the specialty care that helped him get on track. “It’s a big change now because of the weight, but it made a difference with the CPAP machine to have that rest at night.”